At Morrison & Morrison, Inc., we are often called upon to serve as appraisers and experts when an insurance claim remains unresolved and ends up in the hands of an attorney. Our expertise is often utilized by not only plaintiff lawyers, but also defendants as well, when the true property damages are sought. We have worked for some of the most prominent firms in the insurance industry on a nationwide level.

When a file that we have handled as a public adjuster does end up in the hands of an attorney for pursuit of additional damages, we not only prepare the file before it goes to the attorney, but we play an integral supporting role throughout the settlement process. Our support continues until the file has reached legal resolution. Additionally, we are often hired to become involved in various claims that have reached lawsuit status because of our well established reputation. In these cases, we often serve as a damage estimator, appraiser or an expert.

What is a Public Adjuster?

A Public Adjuster or a Public Insurance Adjuster is an expert on loss adjustment and the recovery process, who is employed by the policyholder. The Public Adjuster assists you, the insured, in preparing, filing and managing the payment of insurance claims regarding property loss. He works on your behalf.

How do I hire a Public Adjuster?

You can contact our firm via telephone (866.723.5787) or email (cm@publicinsuranceadjuster.net) and request a review of your loss. You will need a copy of your insurance policy. If you do not have it available, you can usually obtain a copy from your insurance agent with a request in writing.

How is a Public Adjuster compensated?

A Public Adjuster’s compensation is a small percent of your insurer’s claims payments that are made to you. The Public Adjuster’s fees are usually more than covered by a successful claim payment that is obtained for you.

Is the Public Adjuster affiliated with any insurance company? Does he sell insurance or act as an insurance agent?

No, no and no. The Public Adjuster is employed exclusively by the public you, the policyholder. Selling insurance or acting as an insurance agent would be a conflict of interest.

Will I lose my coverage if I hire a Public Adjuster?

Absolutely not. The Public Adjusting Profession is licensed and regulated by the Department of Insurance in any given state. As a policyholder you have the right to hire an expert who will manage your claim on your behalf. Canceling your policy because you hired a Public Adjuster is a violation of State Law in some states.

If I work directly with the insurance company’s adjuster, can I get the same end results as I would working with a public adjuster?

Most likely, no. The insurer’s adjuster represents the insurer’s interests, not yours. Neither the insurance carrier nor the assigned adjuster is responsible for writing a detailed estimate of your loss. Frequently, these estimates are missing items and do not accurately reflect the market costs in your area.

Do I have to accept the claim payment offered to me by my insurer?

No. Most policies include your right to have an appraisal, and if necessary the right to litigation. In any case DO NOT SIGN ANY WAIVER from the insurance company without having an attorney review it first.

What is the difference between a Public Adjuster and the insurance company’s adjuster?

““I am grateful to you for your help in getting more funds for the damage. No doubt, your clout as a public adjuster was the turning point in the attitude of (the insurance company) Case closed.
K.S., Pace, Florida…”

“Availing myself of your services was the best thing I could have done. First you removed the heavy burden of having to deal with insurance adjusters and then to detail the proof of loss in a manner that I would never have been able to do.”

“Thank you for all your help in dealing with the insurance people
– I don’t think we could have accomplished this on our own.”

Fill out the form below and someone from our office will contact you very soon.

Our corporate office is located in Texas, our home licensing state, however we are licensed in many states across the U.S.
and we work on a national and international basis. 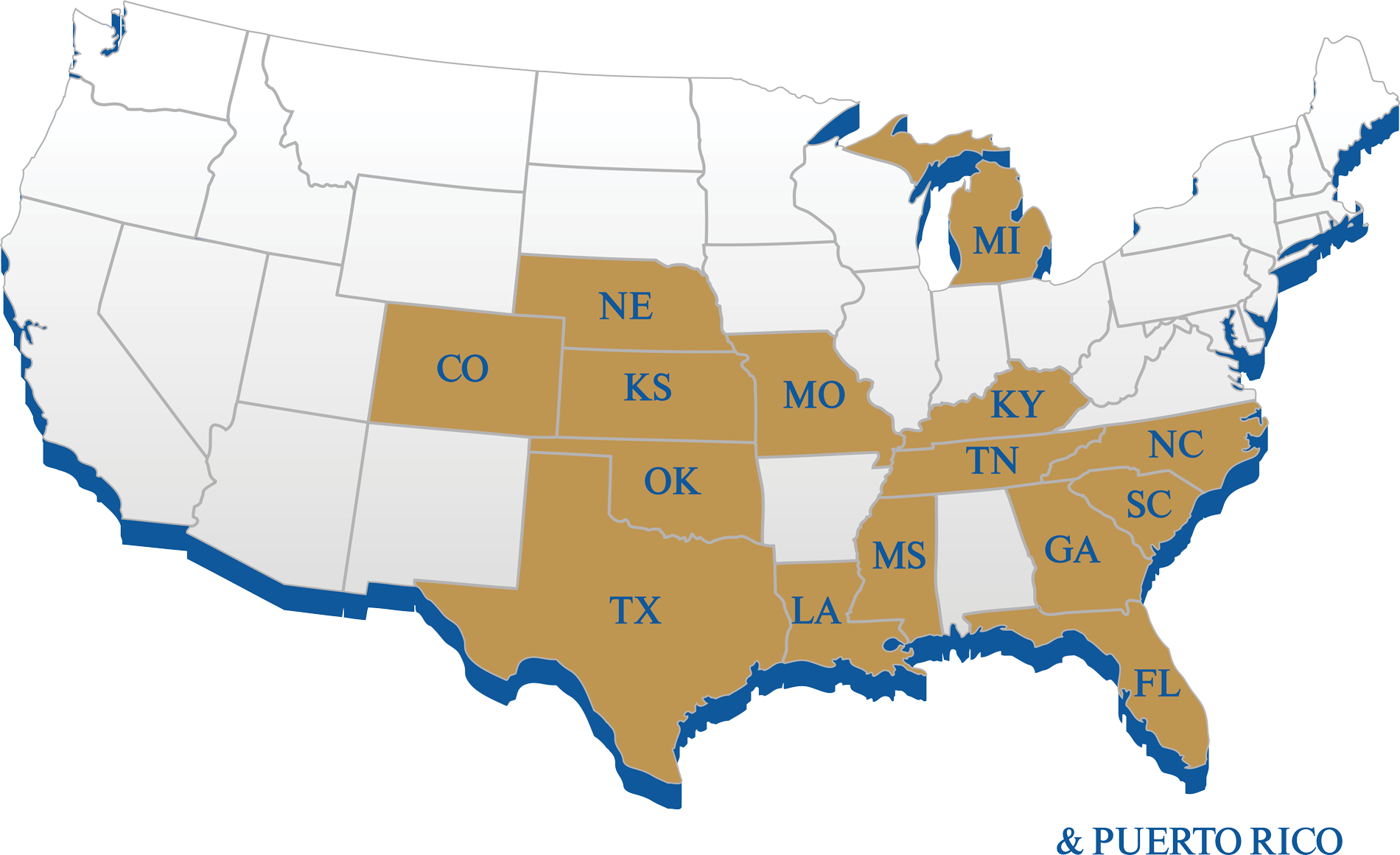 *Most states offer reciprocity with the home state and our firm regularly obtains reciprocal status when a client needs assistance in states where we don’t maintain an office. This leaves us free to assist just about anyone, anywhere. If you have any questions regarding our ability to assist you in your state give us a call.

**Licensing changes from time to time so call the office to determine if we are licensed in your state currently.