WYLIE — A billion-dollar spring in North Texas got even more expensive on Monday as the region once again was in the bullseye for damaging hail.

Icy globes the size of baseballs… even softballs… pelted cars, homes and anything else in their path. 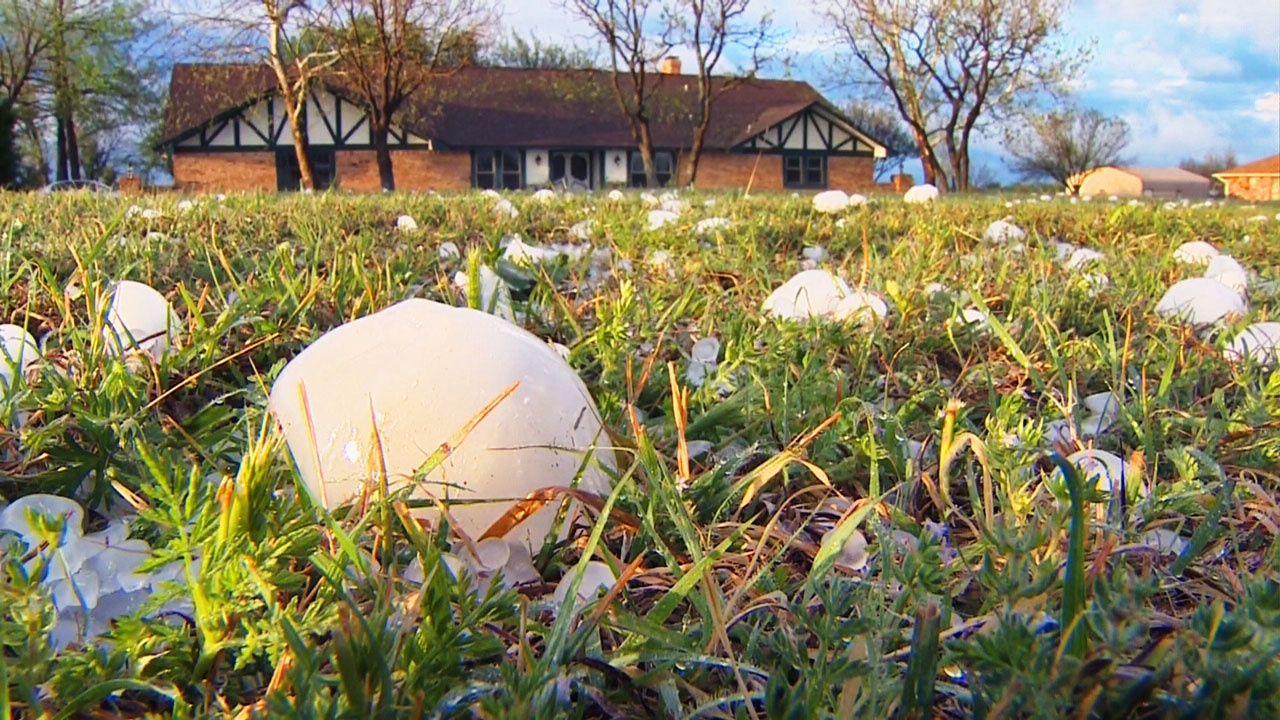 Wylie, about 10 miles east of Plano, was hit hard by the hail storm. The school district in that city canceled Tuesday classes at all 19 campuses.

We spoke with the district’s superintendent David Vinson Tuesday morning and took a look at some of the damage. He says the schools must be first and foremost safe.

Vinson said they will look and see what can be fixed and cleaned up on the outside of the schools, with windows being the main concern. Many were shattered in the storm.

Crews will also look at mechanical issues like the schools’ air conditioning and electrical systems.

Halperin said the “safest course of action” was to close the schools so that exhaustive inspections can be made during daylight and any needed repairs can begin.

Countless cars were damaged by the falling ice, and many homeowners reported broken windows and even hail stones penetrating rooftops. 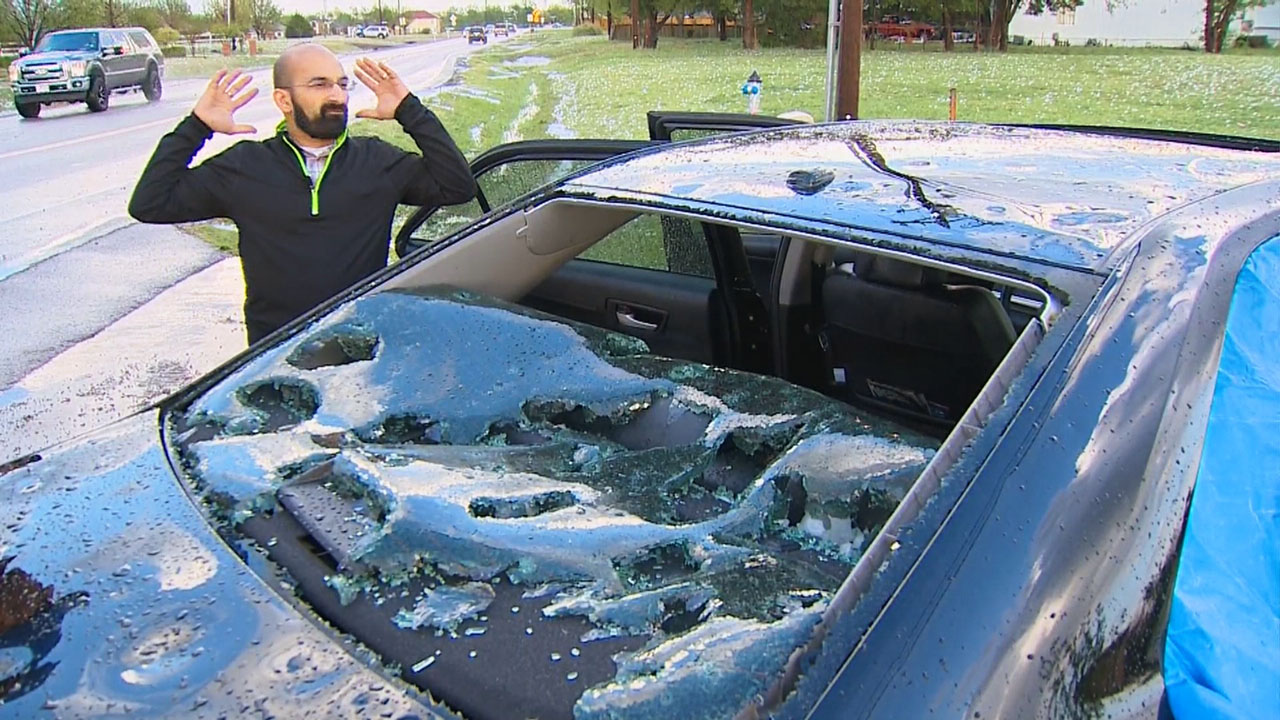 Adrian Correa’s wife and eight-month-old daughter were in the family car as it was pelted with hail in Wylie on April 11, 2016.   (Photo: WFAA)

“The back window was just completely shattered through. It was the scariest thing I’ve ever been through,” said Sara Correa, who had her eight-month-old girl Addison in the backseat when the hail started falling.

“She’s getting pelted with hail and glass, and there’s nothing you can do about it,” husband Adrian Correa said.

Addison suffered some scrapes, but was mostly startled. The family took her to the emergency room just in case.

The family was able to move the car into a parking lot with several other damaged vehicles. 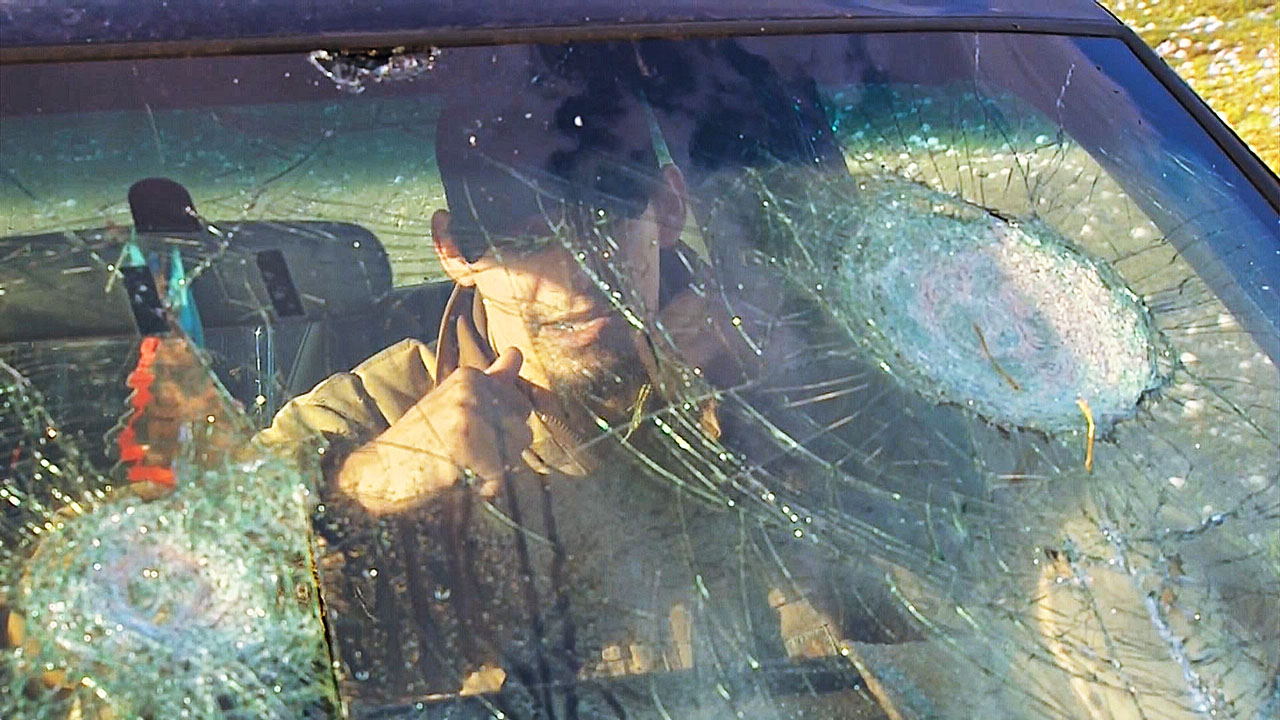 Motorist Tanner Kasper used his jacket as a shield against flying glass as large hail pelted his car in Wylie on April 11, 2016.   (Photo: WFAA)

Other cars were stranded on the road. Drivers were left to sit in their cars and wait out the hailstorm, which lasted several minutes. One mom said it was the scariest moment of her life.

Tanner Kasper was in his truck when the sky opened up. “I just grabbed my jacket and threw it over my head,” he said, using it as a shield against flying glass.Parts of Montague County near the Oklahoma border were also hard hit by Monday’s storms.

Hail damaged at least a dozen homes in the small community of Sunset, between Fort Worth and Wichita Falls, tearing through siding and breaking windows.

Vehicles along Highway 287 were also hammered. Police reported that the hail caused at least six accidents, including one that resulted in injuries.